Best Neighborhoods in Fargo-Moorhead: Our Realtors Weigh In 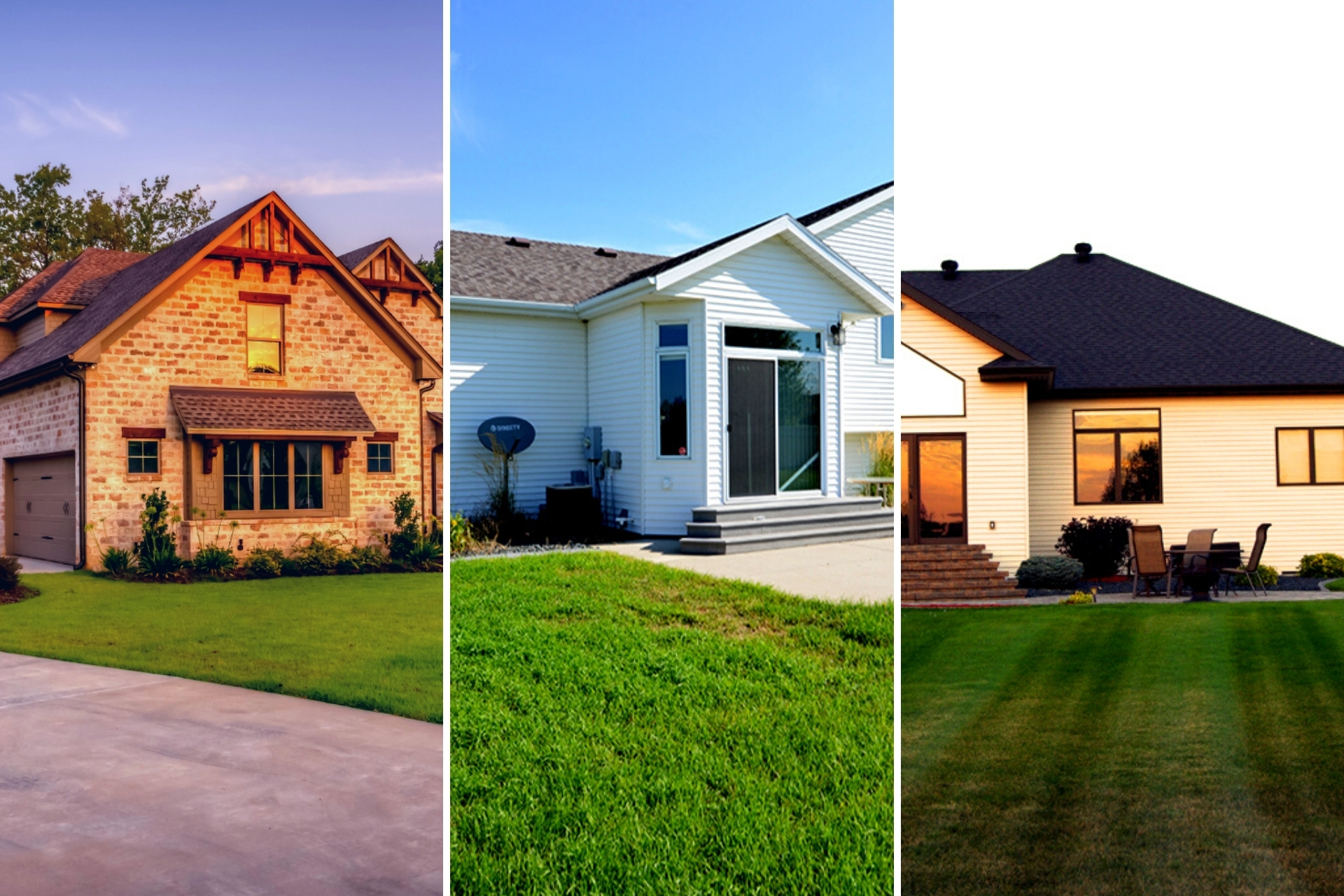 Culinary rock star Guy Fieri once said: “If you haven’t been here, you should come and check it out. Things are little different up here.” We couldn’t have said it better! The area may be changing, but you can trust your local realtors at Raboin Realty to know what’s happening with Fargo-Moorhead real estate. Whether you have a young family, crave that urban lifestyle, or are looking for something “a little different”, you’ll find it in this roundup of the best Fargo-Moorhead neighborhoods.

If you know or live in FM, grab your lutefisk and get ready to nod along as you read. And if you’re considering moving here, bring a blanket (we get real winters here) and get comfortable. Let’s dive in! 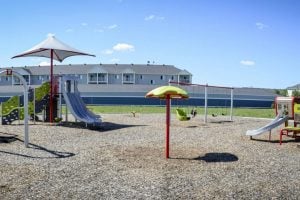 West Fargo is typically divided into four major neighborhoods, not least of which is Eaglewood. As one of the city’s newer subdivisions, it has plenty of lots for sale, good schools, and easy access to major retailers. You’ll want to check out all the new construction too! Just make your way to 9th St. W and 32st Ave. W.

Located between 25th St. S and 70th Ave. S, Golden Valley combines manicured green spaces with fitness/sports-oriented features. All of the lots in this neighborhood are above the new floodplain. The area is also family friendly. Plus, who wouldn’t want to live in a place called Golden Valley, amirite? 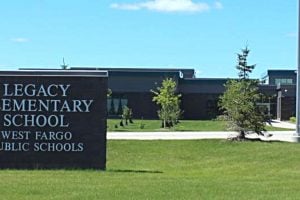 In the southwestern part of the city (west of Sheyenne St., between 40th Ave. and 64th Ave. E), you’ll find The Wilds At WestPort. It’s an expanding area with large open parks, planned trails, and ponds. The serene surroundings (often featuring lots with no backyard neighbors) clinch this neighborhood’s spot on our list!

Longfellow is featured at #1 in Niche’s Best Neighborhoods to Buy a House in Fargo and #2 for Best Places to Live in Fargo. At just 2,725 residents, the neighborhood feel is sparse and urban, with plenty of amenities and highly rated schools.

If you’re looking for an urban/suburban mix, Hawthorne is the neighborhood for you. A favorite among young professionals, it comes with lots of parks and good schools. Throw in the reasonable cost of living and good safety record, and we’re sold! (Get it?)

With 42,175 residents, Woodhaven is a densely populated neighborhood with an urban feel. Home to many families and young professionals, it features beautiful homes and highly-rated schools — making it one of the best places to buy a house and raise a family.

From schools and amenities to photos and listings, here’s everything there is to know about Fargo as one of Raboin Realty’s featured areas.

We’d love to have an entire section dedicated to senior citizens and retirees. The truth is that there’s good demand for the kind of housing that would benefit persons well seasoned in years. However, the building costs are often prohibitive.

Slab-on-grade, which is a type of housing that foregoes steps and a basement, comes to mind for Principal Broker and Owner Brandon Raboin. “With building costs, you know, you can pay an extra $10,000. You could get an unfinished basement, full square, so twice as much square footage essentially. Not fully finished, but you’d get a basement as opposed to slab-on-grade where you don’t have a basement option. So it’s a very high cost to consider. But there’s definitely a big need for this type of housing that would be senior-citizen-friendly.”

Who knows, we could be sharing an update on this in the near future! 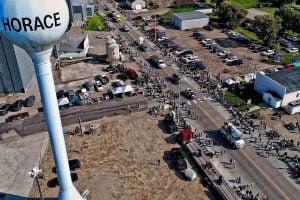 The combination of parks, families, and highly-rated schools has Horace rated as #1 Best Suburbs to Raise a Family in Fargo Area. With a rural feel and population of 2,741, this area is a hidden gem.

According to Raboin Realtor Jacob Henderson, “Horace is a little community that’s about to blend in with Southwest Fargo, with tons of new builds going on right now. It used to be a long drive outside of town, but now when you get on 52nd Avenue South you’re there in minutes. That place is going to blow up and change, big time.” 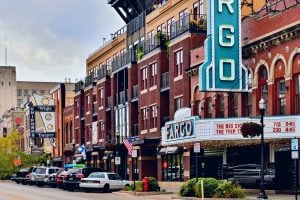 We had to say it! There are many things to love about Fargo but we’re going to be completely unbiased here. Sort of.

The FM Area Diversion Project is well on its way, with the ultimate goal to cap the river and divert it outside of Fargo. Once that is completed in the next 8 years, it will bring thousands of prime river lots back to buildable status. This will change the area’s real estate prospects significantly.

And then there’s downtown. Old established places around the Fargo Country Club area are poised to become much more attractive in the near future. With big houses on spacious lots that are now 40 or so years old, this area is ripe for an influx of new home buyers. “There’s also a lot of incentive to tear down derelict houses and gentrify areas of town that could be considered up and coming,” says Brandon. “Downtown adjacent will become a nice, popular place to throw down a house and build something.” 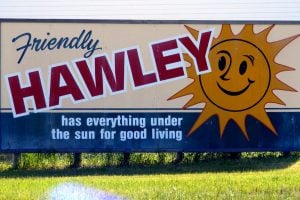 A small town of less than 2,200 people, Hawley brings the best of suburbia to life. Median home prices are lower than the national figure by over $50,000, which is likely why two thirds of residents are homeowners. Hawley boasts a family friendly atmosphere, good schools, and high safety levels. And what’s better, it’s just 25 minutes outside of the Fargo-Moorhead area and a quick highway/interstate commute to Fargo itself. Kind of the best of both worlds!

It’s one of the most important things. We know that more changes are coming our way, like the new Amazon Fulfillment Center in North Fargo, which will change the face of local real estate. That’s why our realtors stay in the know, so you don’t have to. Contact Raboin Realty today or call (701) 543-2200 to speak to a local real estate expert. 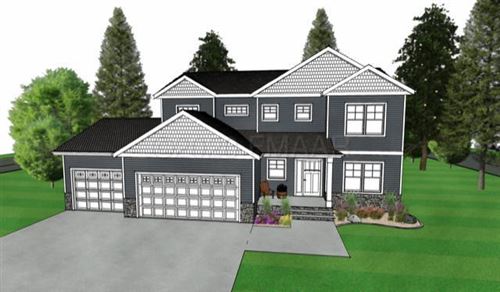 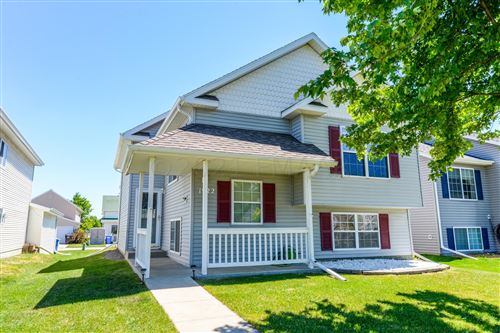 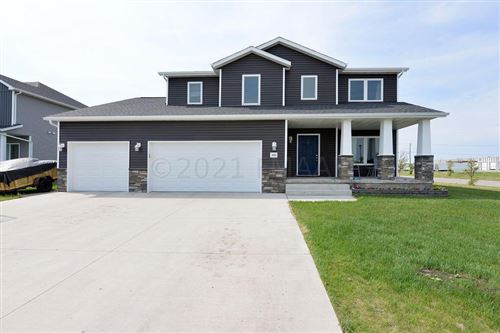 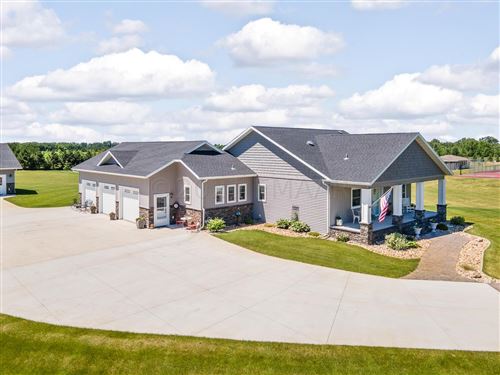 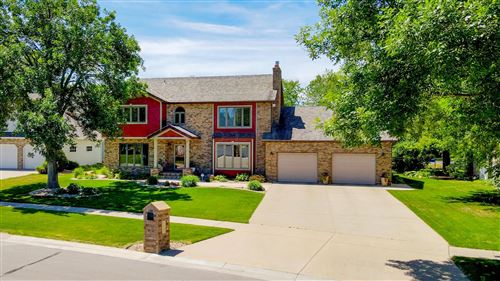 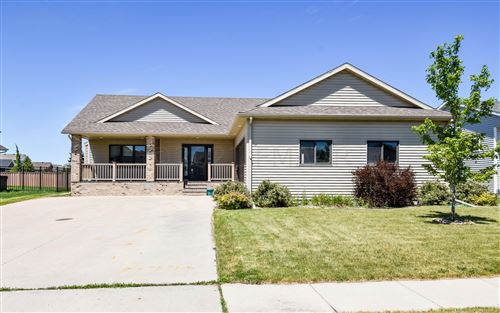 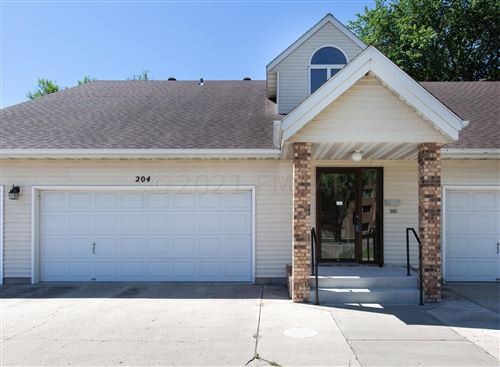 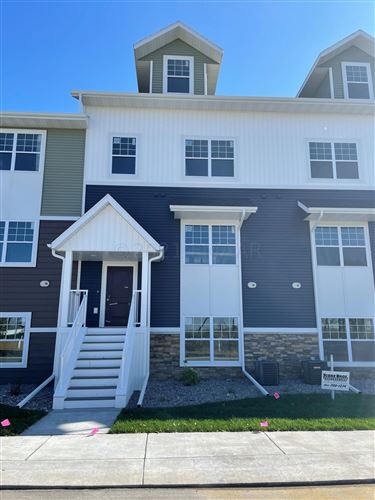 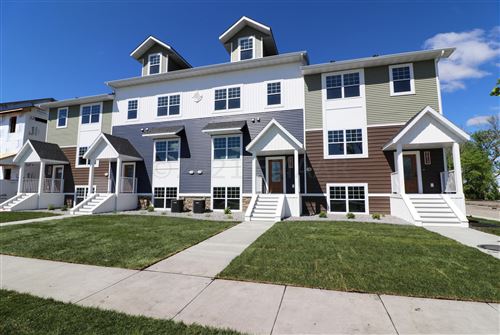 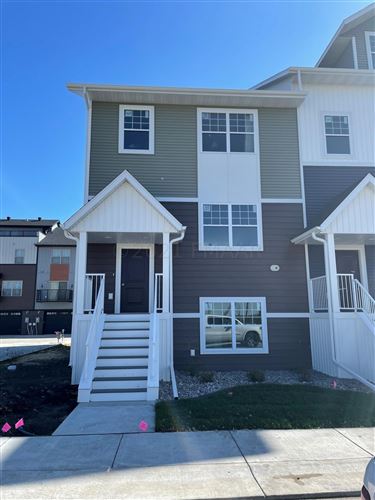 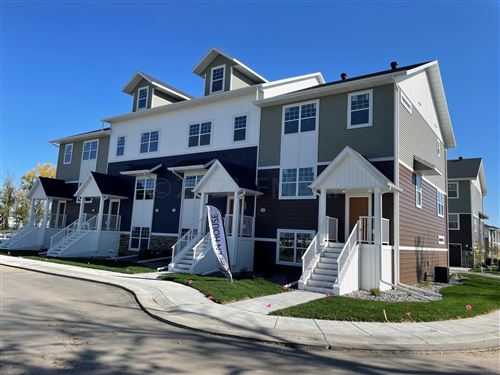 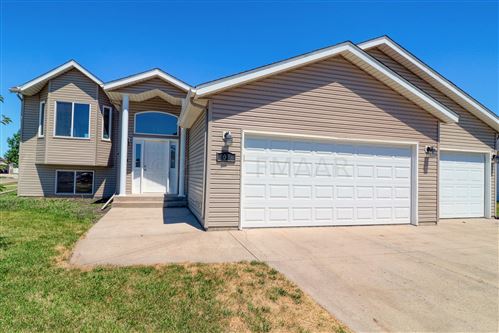 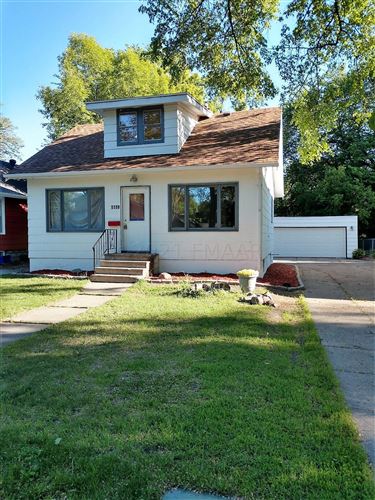 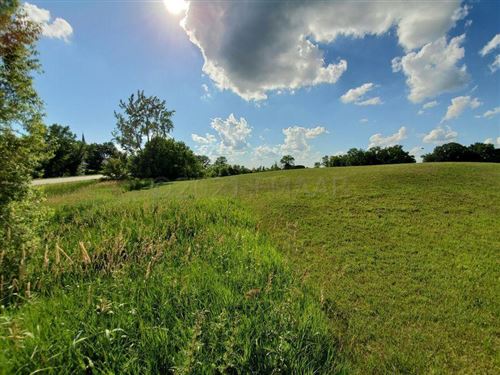 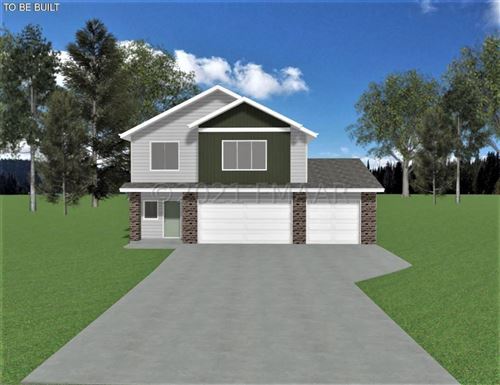 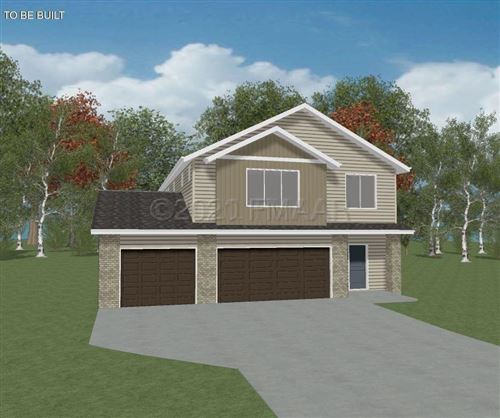 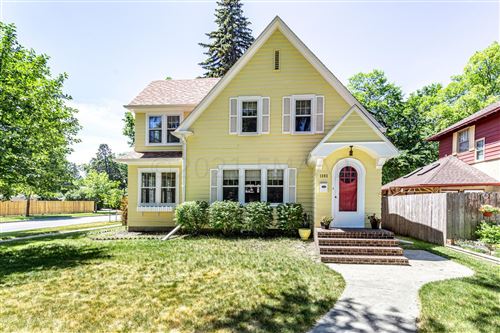 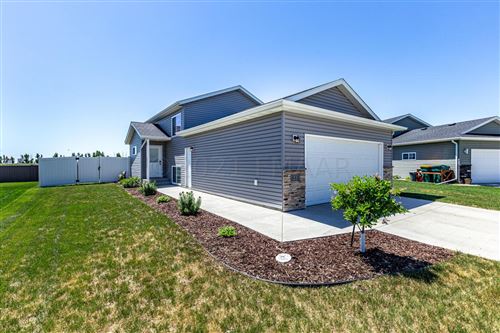 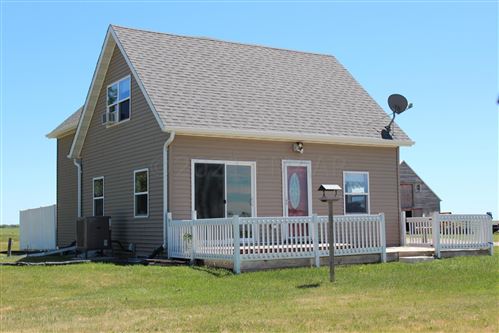 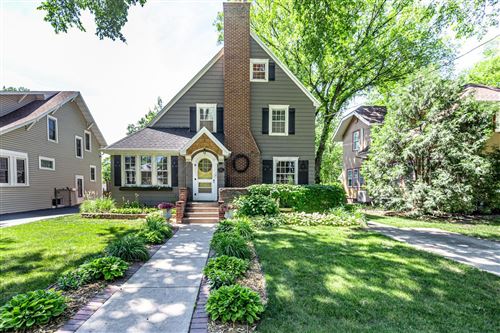